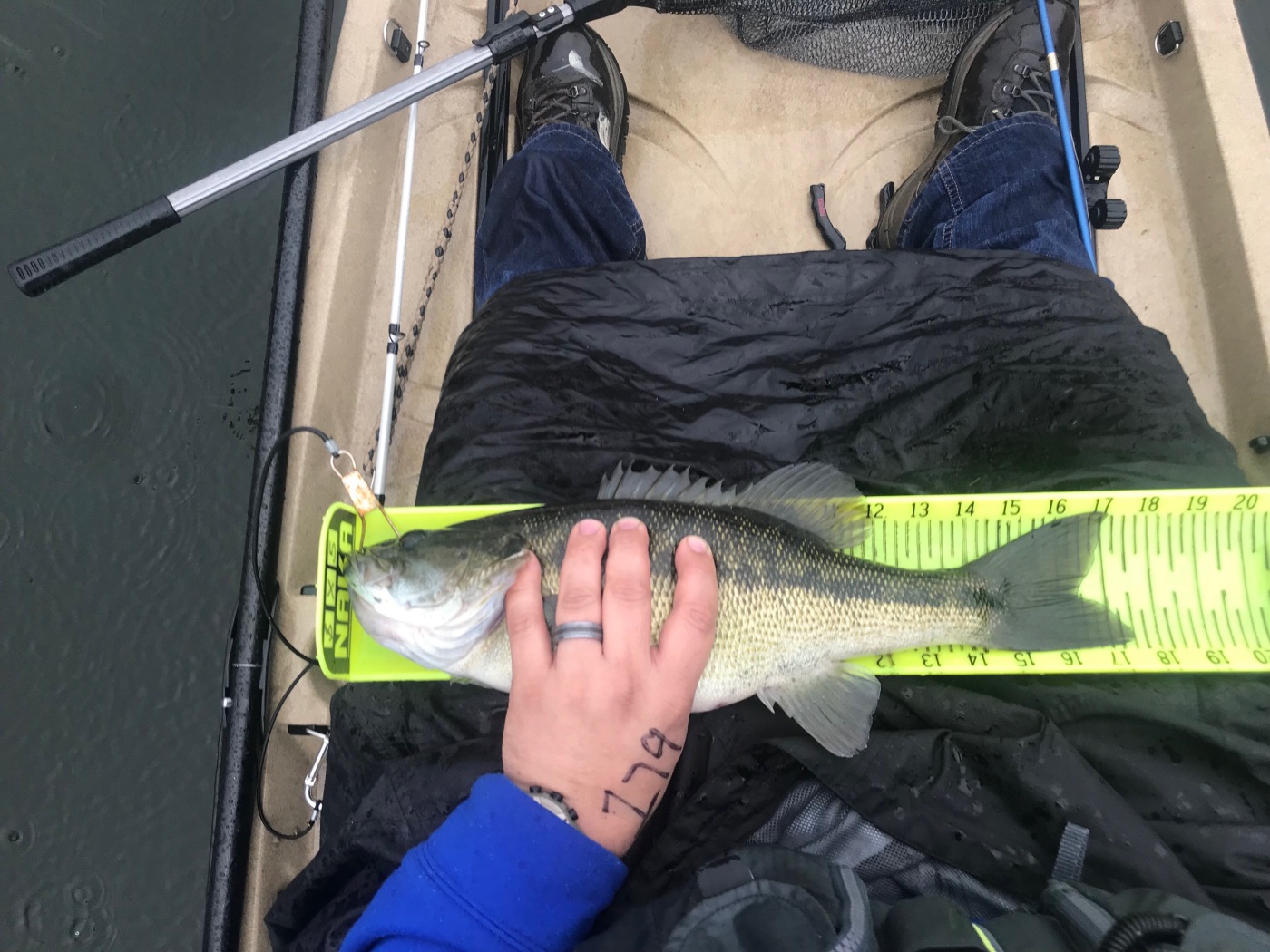 The first tournament of 2018 was a short 5 hour throw down on Smith lake in Cullman, Alabama. Smith lake is a deep clear reservoir lake that was created in 1961 by Alabama power and has a maximum depth of  264 feet. It has largemouth and spotted bass but is know for it spots.

The tournament was on Sunday January 28th. The forecast called for a high of 55 and light rain for the full time of the tournament. It rained for the entire time.

I do not have a lot of experience chasing spotted bass but there is no better way to learn then to go fishing for them. The lines in time for the tournament was 9:00am. At 10:00 there was schooling spots right in front of the boat ramp that i put in at. Spots will spend their time chasing the bait around an area. The action will come and go in a few seconds. I spent the first hour chasing the school around without catching anything. At 10:30am i managed to catch i nice 17.50 inch spot using a suspended jerk bait. I spent the rest of the day moving between the the jerk bait, 1/2oz football head jig in green pumpkin, and a green pumpkin shaky head worm. Throw-downs are typically winner take all. The was the only fish that i caught that day and it was not the winning fish. Smith lake was a fun lake and i look forward to learning it more during the winter. It does not fall on the the tournaments trail that i am fishing this year. Total miles traveled 93.2. 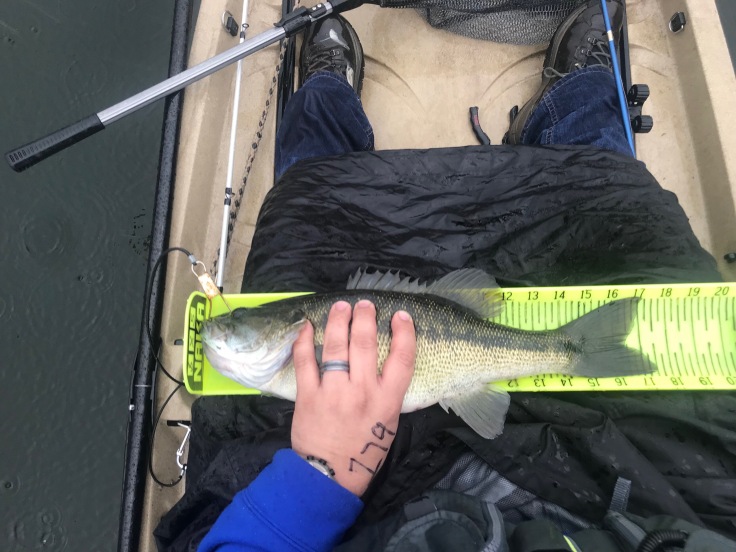